This is the first time for me to do a review of an album or single or anything for that matter. I am not really sure if it's going to be any good since I'm not good with words, with expressing myself. Yet I'm willing to try.

So here is my copy of the album which already arrived. Only one because of too many releases in too short time and unfortunately money don't grow on trees. 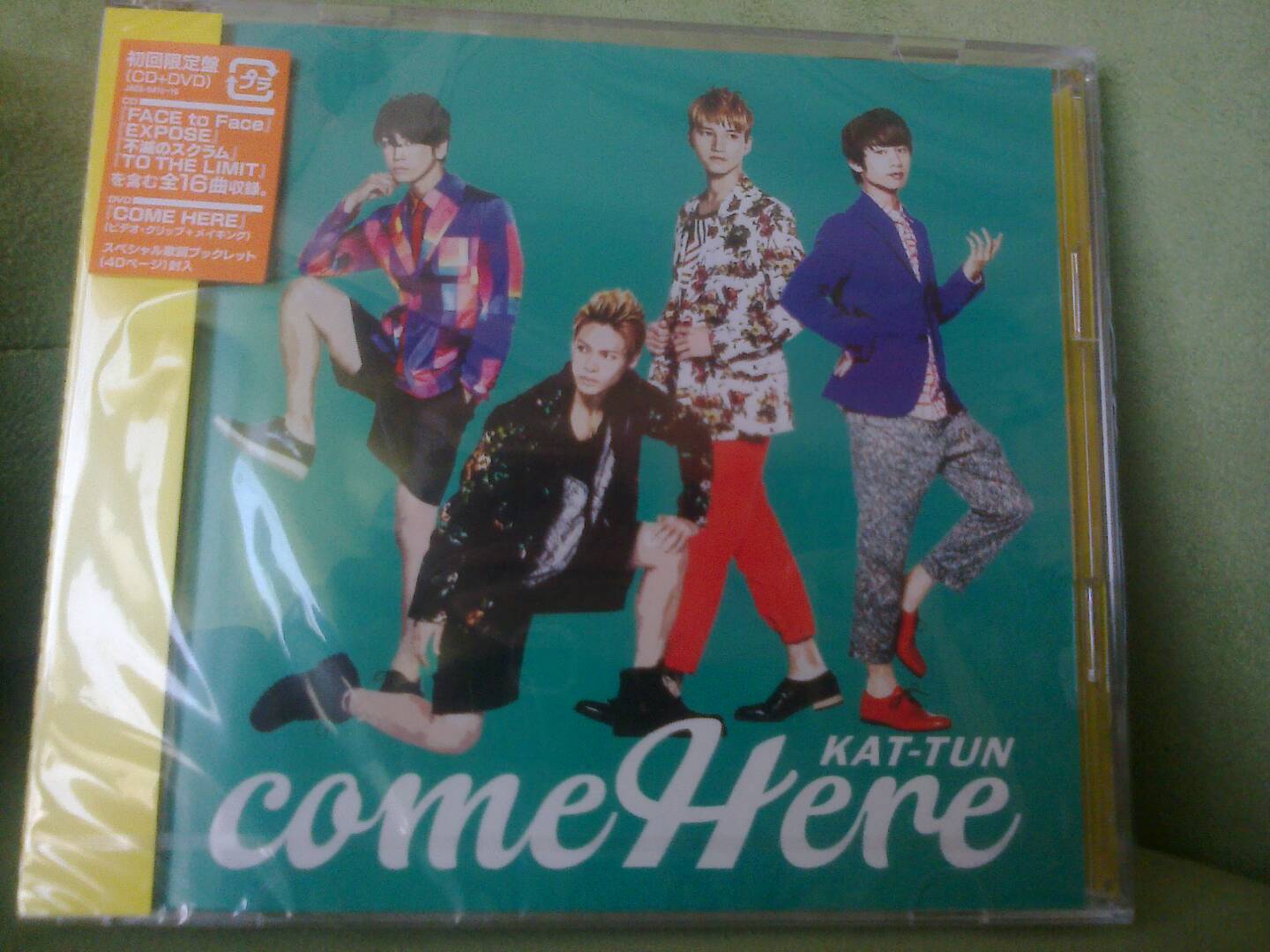 How could I neglect my Going! posts like that!? Shame on me!
I need to fix that especially that there is a lot of episodes to catch up with. A year of Kazuya and baseball to catch up with. So without any further delay I'm going with Going! News & Sports from the 15 of May 2010 and Kazuya's first HR project. This time it's his batting session is with Softbank Hawks’ Kokubo Hiroki. It has been a while since my last Going! Sports&News post so today I will make one with two connected episodes from 1st and 8th of May 2011. It also going to be a special post in a way. Right now, it's already 11th of March in Japan and it's first anniversary of the earthquake.
Today's post is about Kazuya's visit in Minamisanriku of Sendai prefecture; meeting withgroup of baseball loving junior high boys and taking them to one of first games of Rakuten Golden Eagles, after the earthquake. It's really windy and cold outside because winter finally came here and there is even a snow. And since the weather is so very unfriendly I decided to to spend my time on something friendly and so very nice ^^. Yes, Kazuya and Going! Sport&News is always good for a good mood and to forget about unpleasant things :) Kame always makes everything better ^_^ Lately it's so hard to find will to do anything and I have no idea why. Yet I've managed to find some and I'm making another Going! Sports & News post ^^ Maybe it's Kazuya's influence? Somehow when it comes to him, I'm able to mobilise myself to do things much more often. It's time for another Going! Sports & News post. And in the nearest days more posts will come since I will have much more free time. A lot of that time will be taken to have fun with screencaps ^_^ So today we're having Going! Sports & News from the 10th of April 2010 and Kazuya is interviewing three Yomiuri Giants players; Utsumi Tetsuya, Tohno Shun and Sawamura Hirokazu. It's been so long since my last Going! post, too long. It's time to catch up and there is a lot to catch up with, like half a year. So tonight I'm starting with two episodes (27.03.2011 & 03.04.2011) and Kazuya's continuation of his HR project. This time the one helping Kazuya with the project is Arai Takahiro from Hanshin Tigers. Going! Sports & News from the 6th of March and we have in it, Kazuya's double batting training for his HR project. First it's with two players of Yokohama Baystars' Murata Shuuichi and Tsutsugou Yoshitomo. Second one is with Tokyo Yakult Swallows' Aoki Norichika.
Also, today thanks to my friend Karin I have two translations, from both batting sessions. It makes me happy and grateful :) And let's start with Going! Sports & News from the 27th of February 2011. This time, Kazuya took part in training camp of baseball umpires. New things were learned, not always right away :) and a false action corrected. Another episode of Going! Sports & News, this time from 20th of February. In this episode, Kazuya took another challenge as a pitcher. He supposed to catch three balls in a row pitched by Tokyo Yakult Swallows' player Yoshinori Sato.